How can we help you today?

There are "black bars" on the converted video. What should I do?

Sometimes, when you watch videos on a display with different proportions, you may experience stretching or black bars around the edges. To prevent that, you can change the video's proportions to adapt it to the display beforehand.

Black bars and stretching when watching a 4:3 video on a 16:9 screen.What is the aspect ratio?A video's aspect ratio is the ratio between its width and height.

The two most commonly used aspect ratios are 4:3 and 16:9, the former used by most analog television broadcasts, while the latter, also referred to as widescreen – in films, DVDs, and modern HD video.

A visual comparison of two popular aspect ratios.Step 1: Click the Edit button next to the file that you want to fix. 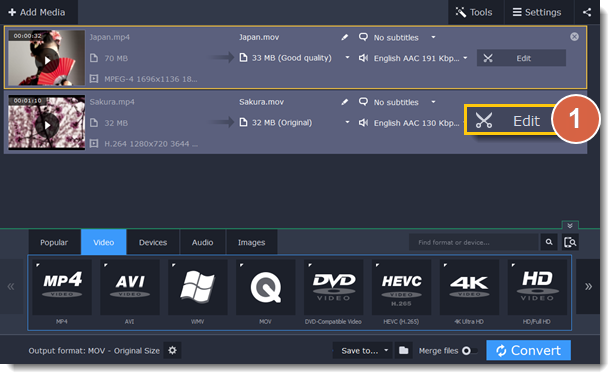 Step 2: In the editing window, switch to the Crop tab.

Step 3: Make sure that the Maintain aspect ratio option is selected and choose your display's aspect ratio 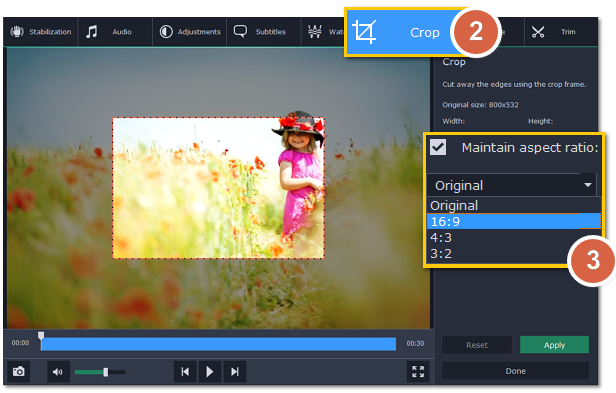 This will set the crop frame to these proportions.

Step 5: Click Apply to accept the aspect ratio changes, and then click Done to close the editing window. 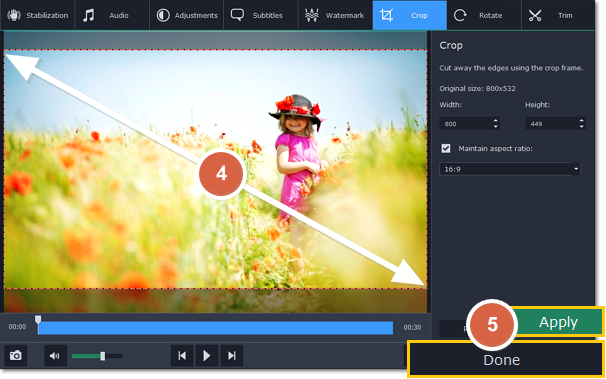 Now, after you convert the video, it will have the same aspect ratio as your display.

Did you find it helpful? Yes No

Send feedback
Sorry we couldn't be helpful. Help us improve this article with your feedback.